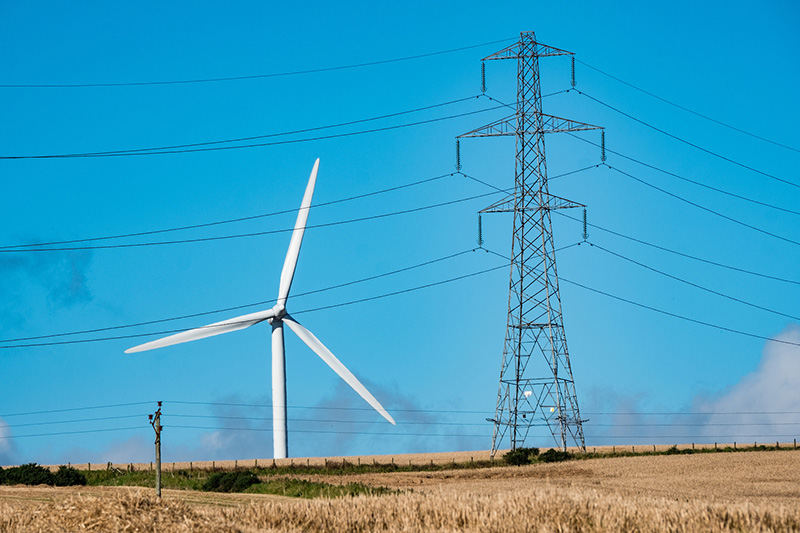 As the Transmission Network Owner in the North of Scotland, SSEN Transmission are responsible for connecting new energy generation to the GB grid and transporting it to where it is needed via a high voltage 132kV, 275kV, and 400kV electricity transmission network. Home to some of the UK’s greatest renewable energy resources, the north of Scotland electricity transmission network has a strategic role to play in supporting the delivery of the UK and Scotland’s net zero targets

In July 2022, National Grid, the Electricity System Operator (ESO), published the Pathway to 2030 Holistic Network Design (HND), setting out the blueprint for the onshore and offshore electricity transmission network infrastructure required across the UK to enable the connection of forecasted growth in renewable electricity across Great Britain.  For the north of Scotland, this confirms the need for a significant and strategic increase in the capacity of the onshore electricity transmission infrastructure to deliver 2030 targets and a pathway to net zero.

As part of SSEN Transmission’s ’Pathway to 2030’ plan, they propose reinforcing the onshore corridor from Kintore to Tealing, providing a 400kV connection between these sites. These onshore reinforcements will comprise upgrading existing infrastructure and constructing two new 400kV substations and a new 400kV overhead line connection.

Calum Grant Senior, Project Manager, said: “As the operator of the transmission network in the north of Scotland, our strategic objective is to enable the transition to a low carbon economy to meet the UK and Scottish Government’s net-zero targets.  Significant investment in new and upgraded electricity transmission network infrastructure is now required to enable this growth in renewables.

“This investment in the East Coast transmission network will also play a critical role in helping secure our future energy security by reducing our dependence on – and price exposure to – volatile global wholesale markets through the deployment of affordable, homegrown, low carbon electricity.”

Louise Anderson, Lead Community Liaison Manager, said: “As a stakeholder-led business, we are committed to working closely with local communities and stakeholders as we develop these critical national infrastructure projects. We encourage those with an interest in finding out more about the different elements of the to check out our webpage and sign up for project updates.”

The East Coast 400kV Phase 2 upgrade reinforcement project is in the early stages of development; SSEN Transmission will be holding consultation events in the spring of next year where people will be able to meet the team and find out more about our proposals, share their views to help shape the development of the project.