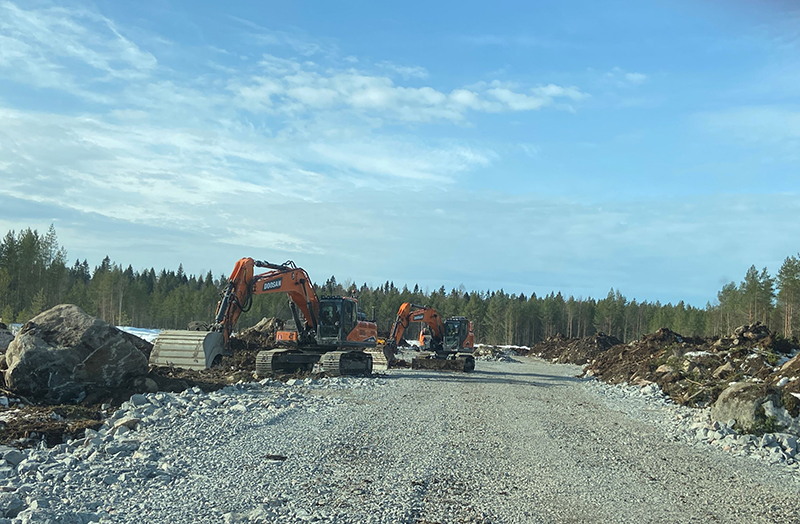 The construction of the foundations for the Torvenkylä wind farm in Finland has started. The project is located in the municipality of Kalajoki in North-Ostrobothnia, approximately 150 km south of Oulu. Energiequelle Oy, the Finnish subsidiary of Energiequelle GmbH, is installing seven Nordex N163 turbines here, each with an output of 5.7 MW and an over 8-metre concrete elevation that will be built on top of the foundations to improve the wind farm’s electricity production.

This special foundation type as well as the entire remaining infrastructure for the wind farm, i.e. the reinforcement of the existing roads and the construction of new roads, the cabling of the internal and external grid and the crane hardstands are going to be constructed by Suvic Oy. The substation for the connection of the project to Fingrid´s 110 kV electricity grid will be implemented by VEO Oy. With the elevated foundation solution planned by SUVIC, the hub height of the wind energy turbines can be increased significantly. This will improve the power generation of the power plants. In addition, project manager Atte Lohman says: „More power generation equals savings of large amounts of CO2 emissions and the Torvenkylä project is thus making an even greater contribution to the fight against climate change and to Finland’s security of supply.”

The installation of the wind turbines supplied by Nordex are scheduled to start in August this year. Once fully operational the park will produce around 120 GWh per year, supplying around 25,000 households and avoiding approximately 84,000 tons of CO2 emissions per year.

Torvenkylä is already Energiequelle’s fourth project in Finland. The international project developer and operator has then installed already over 100 MW in the country. Another 2,400 MW are currently under development.