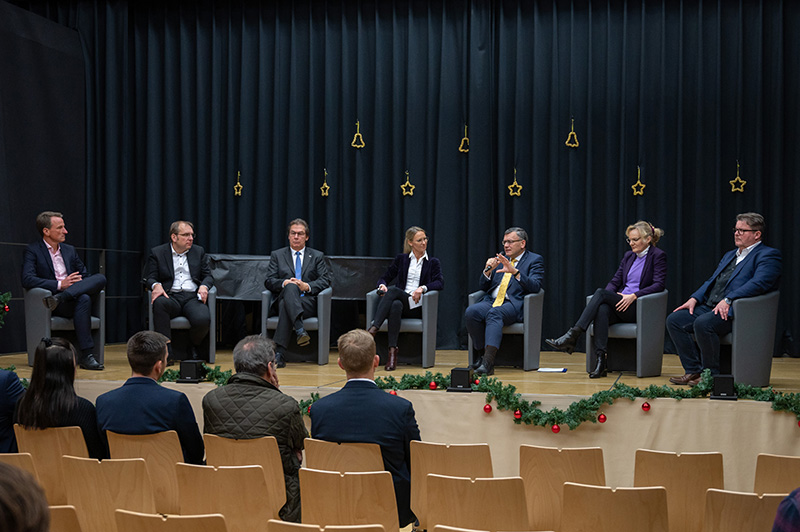 On November 30, 2022, TenneT submitted the planning approval documents for the southernmost section of SuedOstLink to the Federal Network Agency for approval. TenneT is not only applying for the specific line route in the Landshut area and the converter location in the municipality of Niederaichbach but is also setting the course for construction.

Tim Meyerjürgens, COO of TenneT, emphasises the importance of the project milestone: “SuedOstLink is now on the home stretch in Bavaria. After carefully examining all issues and in constructive dialogue with everyone involved, we developed the location for the converters and the detailed route of the pipeline, so we are assuming that the approval process will be quick. In the coming year, we will submit the final documents to the Federal Network Agency for all other planning sections. The first underground cables are already stored in Regensburg, and we are already in talks with property owners so that SuedOstLink will supply Bavaria with green electricity from northern and eastern German wind energy from 2027.”

Also, Minister of State Dr. Florian Herrmann, MdL, emphasises the importance of the project for the Bavarian power supply: “The SuedOstLink is the electricity highway for the future of our state. Safe, environmentally friendly and affordable electricity is an indispensable good for all areas of life, which we must ensure with the highest priority. The key to the energy turnaround and a climate-neutral Bavaria are renewable energies, which are generated in northern Germany, but with large increases also close to home. The focal point is always an efficient infrastructure network, the “nervous system” of every modern industrial society. We are in close contact with everyone involved so that power line projects are designed in a citizen-friendly and environmentally friendly way. A sustainable power supply means a strong Bavaria with tradition and a future.”

During a panel discussion, TenneT and Minister of State Dr. Florian Herrmann, with representatives of the municipalities involved, the IHK Niederbayern, the vbw – Association of Bavarian Business eV – and members of the federal and state parliaments on the urgently needed network expansion in Bavaria. At the same time, the participants unveiled a scale model of the planned converter.

With the submission of the planning approval documents for the southernmost section of SuedOstLink, TenneT specifically applies to where the underground cable line should run in the Landshut area south of the A92 motorway. TenneT has also committed itself to a converter location near the Niederaichbach solar park. The converters convert the direct current into alternating current. TenneT is also applying for the AC connection line between the converter site and the nearby ISAR switchgear to be an underground cable, thus implementing a request from the affected communities.

The Federal Network Agency is currently examining the documents submitted. The owners and those responsible for public affairs are then consulted. The Federal Network Agency then approves the construction of the line. Since the current plans are already based on numerous votes in the ongoing approval process, TenneT expects confirmation of the proposed route and converter location. Discussions with owners to secure easements are already underway. TenneT expects construction to begin in early 2024.

SuedOstLink is a planned direct current line consisting of two projects. Project 5 runs between Wolmirstedt in Saxony-Anhalt and ISAR near Landshut in Bavaria. Project 5a runs between Klein Rogahn in Mecklenburg-Western Pomerania and also ISAR near Landshut in Bavaria. SuedOstLink transports electricity from wind energy from northern and eastern Germany to the south. TenneT plans and builds the Bavarian part of the line entirely as an underground cable. The transmission capacity for each of the two SuedOstLink projects is two gigawatts. A total of four underground cables will be laid over a distance of around 270 km in Bavaria. Project 5 is scheduled to go into operation in 2027, and project 5a in 2030.