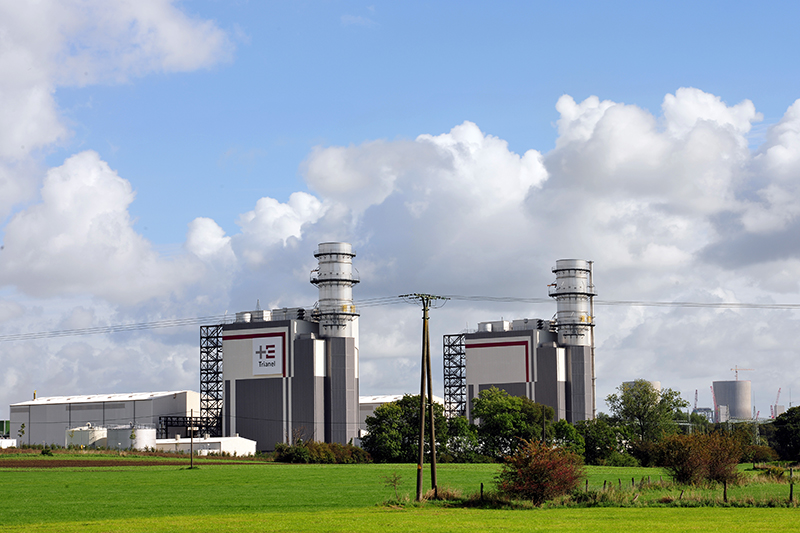 The Trianel gas power plant in Hamm has been in reliable operation for 15 years and generates enough electricity in two power plant blocks, each with 420 MW, to supply 1.8 million households. It is one of Germany’s most modern gas and steam turbine power plants and is characterised by highly flexible and low-emission power generation.

To ensure this remains the case, the power plant will be technically checked in the anniversary year as part of a major overhaul. Starting in September, around 100 specialists from Trianel and Siemens will be working in shifts for two months, carefully inspecting the turbine train consisting of the steam turbine, generator and gas turbine.

In addition, each power plant block will be upgraded in such a way that the output will be increased to 440 MW. In addition, future work is also being done to use hydrogen.

“With the measures now planned, we are preparing the gas power plant for the coming years,” explains Dr. Martin Buschmeier, Managing Director of Trianel Gaskraftwerk Hamm GmbH & Co. KG. “After replacing the generator and upgrading the gas turbine, the system can be used even more flexibly, and emissions can be further reduced. The “Advanced Turbine Efficiency Package (ATEP)” ensures that the power plant receives a hardware upgrade and can generate electricity even more efficiently and sustainably in the future”.

In addition, the Trianel gas power plant in Hamm is being prepared for the hydrogen future by upgrading the gas turbine.

“We are pleased not only to be able to make an important contribution to security of supply but also to be taking the first steps towards climate neutrality in 2045,” adds Dr. Buschmeier. “Gas power plants will remain indispensable as a bridge to renewable energies for years to come. With the measures that have now been taken, an important step has been taken to also operate the power plant with hydrogen. This is a first significant step forward.”

In August, preparations were already taken to transport the large components from the Datteln-Hamm Canal to the power plant site. For this purpose, a crane site has been set up on the canal near Frielinghauser Straße.

In September and October 2022, the existing Siemens generator in the first power plant block will be replaced with a completely overhauled generator from the same series, and a new rotor will be installed in the gas turbine.

“Because of their size and weight, the individual components have to be transported with heavy equipment,” adds Dr. Buschmeier added. “This requires heavy transport – mainly at night. And yet there will probably be traffic disruptions. Here we ask for the support of the affected citizens.”

The parts removed in the first block are then overhauled and upgraded in the Siemens works. The optimised and more flexible components are thus given a second life cycle and will be transported back to Hamm in the spring as part of the revision of the second power plant block and then used in the second block.