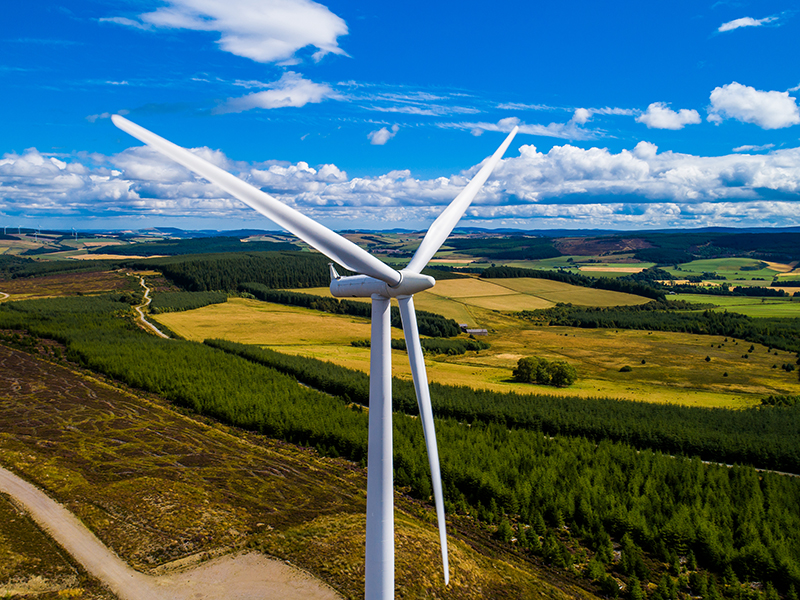 The renewable energy company has been progressing proposals for the seven-turbine wind farm and energy storage project since 2017 from its Cardiff office. The proposals had been refined through several design iterations based on feedback received during the public consultation process and information gathered during detailed site survey work.

Chris Jackson, Project Manager said: “This is a great result for renewable energy in Wales and our efforts to tackle climate change as a country. The clean, green electricity produced will make a significant contribution to our target of 70% of electricity to come from renewables by 2030.

“We also know developing new onshore wind projects in Wales is popular and that they deliver significant local economic benefits. At Upper Ogmore we expect that £16 million in business rates will be paid across the lifetime of the project, helping to support vital local services in the area.”

Polling undertaken in July 2021 has shown that 71% of people support the development of more onshore wind turbines in Wales. More recently, polling commissioned by RenewableUK shows that there is overwhelming public support from across the UK for building new wind and solar farms to tackle the cost of energy crisis.

Upper Ogmore is the first onshore wind project to be considered under the Developments of National Significance planning process. It was assessed by The Planning Inspectorate on behalf of the Welsh Government before the decision was made by Welsh Ministers to approve the project.

RES has been active in Wales since the early 1990s and has developed and/or constructed five onshore wind farms in the country. Most recently, RES completed the 17-turbine Garreg Lwyd Hill Wind Farm in Powys, which resulted in more than £4.5 million of inward investment in the Welsh economy through local contractors and suppliers. At Upper Ogmore, it is anticipated that more than £1.9 million would be invested in the local economy through construction and the first year of operation. However, we consider this to be a minimum figure, and as the project progresses, we will actively work with the supply chain to maximise inward investment.