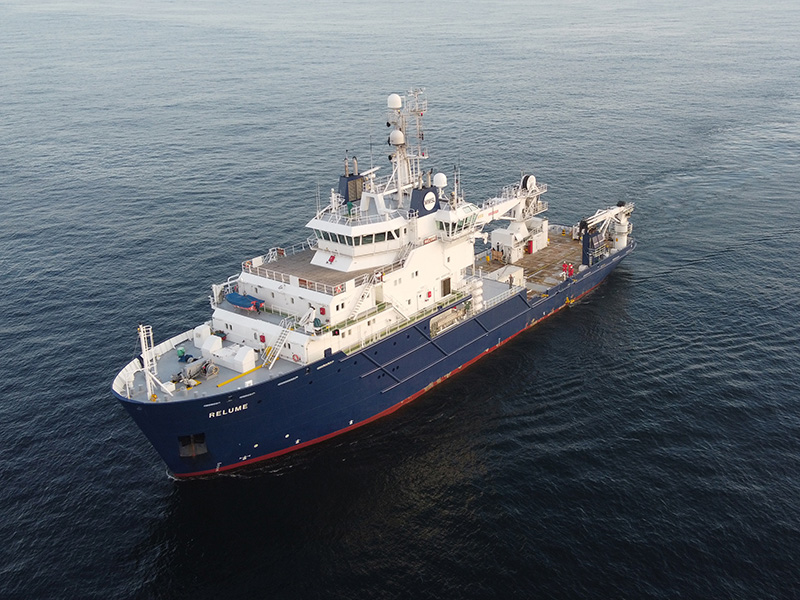 The developer of the West of Orkney Windfarm has completed its 2022 offshore surveys for the project area, located around 25km north of the Sutherland coast.

The 2 GW project is a joint venture comprising Corio Generation, TotalEnergies and Renewable Infrastructure Development Group (RIDG) and is scheduled to generate electricity by 2029.

This milestone achievement covered geophysical and benthic surveys of the seabed across the 657km2 offshore option agreement area to establish the project ground model and habitats map. In addition, nearshore geophysical and geotechnical surveys were completed along the offshore cable corridors.

“We are delighted the seabed survey work has been completed safely, on schedule and within budget, with no lost time incidents. This leaves the project ideally placed to advance our windfarm design and progress with our consent applications next year as planned,” said Stephen Kerr, Project Director of the West of Orkney Windfarm.

“The offshore geophysical survey work covered an area of leased seabed 1.5 times the size of Edinburgh and, during the six-month programme, the main survey vessel travelled more than 17,000 kilometres – equivalent to the distance between London and Sydney. The geotechnical campaign included 50 cone penetration tests and 50 vibrocores along the cable route. The nearshore survey vessels covered over 500km in total.

“I’d like to thank the survey management team at TotalEnergies UK Offshore Wind Hub, our advisers OWC, and survey contractors Ocean Infinity and Spectrum, who worked diligently through a long campaign to deliver excellent results. I would also like to thank the licencing team at Marine Scotland for their support, Crown Estate Scotland and the local fishers, who have engaged positively with us throughout,” added Stephen.

The offshore seabed surveys commenced in early April 2022, with seabed survey specialists Ocean Infinity using their vessels MV Relume and MV Geo-Ranger, operating out of Scrabster Harbour. Ocean Infinity was also responsible for the shallow geotechnical work on the cable corridor. The nearshore geophysical survey was completed by Spectrum using the vessels Spectrum 1 and Spectrum Nyquist and a photogrammetry aerial drone.

The information collected, alongside three seasons of bird and marine mammal surveys completed in September, keeps the West of Orkney team on track to submit onshore and offshore consent applications next summer.

The bird and marine mammal surveys were carried out by HiDef Aerial Surveying Limited using high-resolution digital cameras mounted on aircraft. This high-definition information gives the project confidence they are recording and identifying all the species that might be found at the offshore wind farm site.

In January 2022, the West of Orkney Windfarm secured the rights to an area of seabed from the Crown Estate Scotland in the highly competitive ScotWind process.